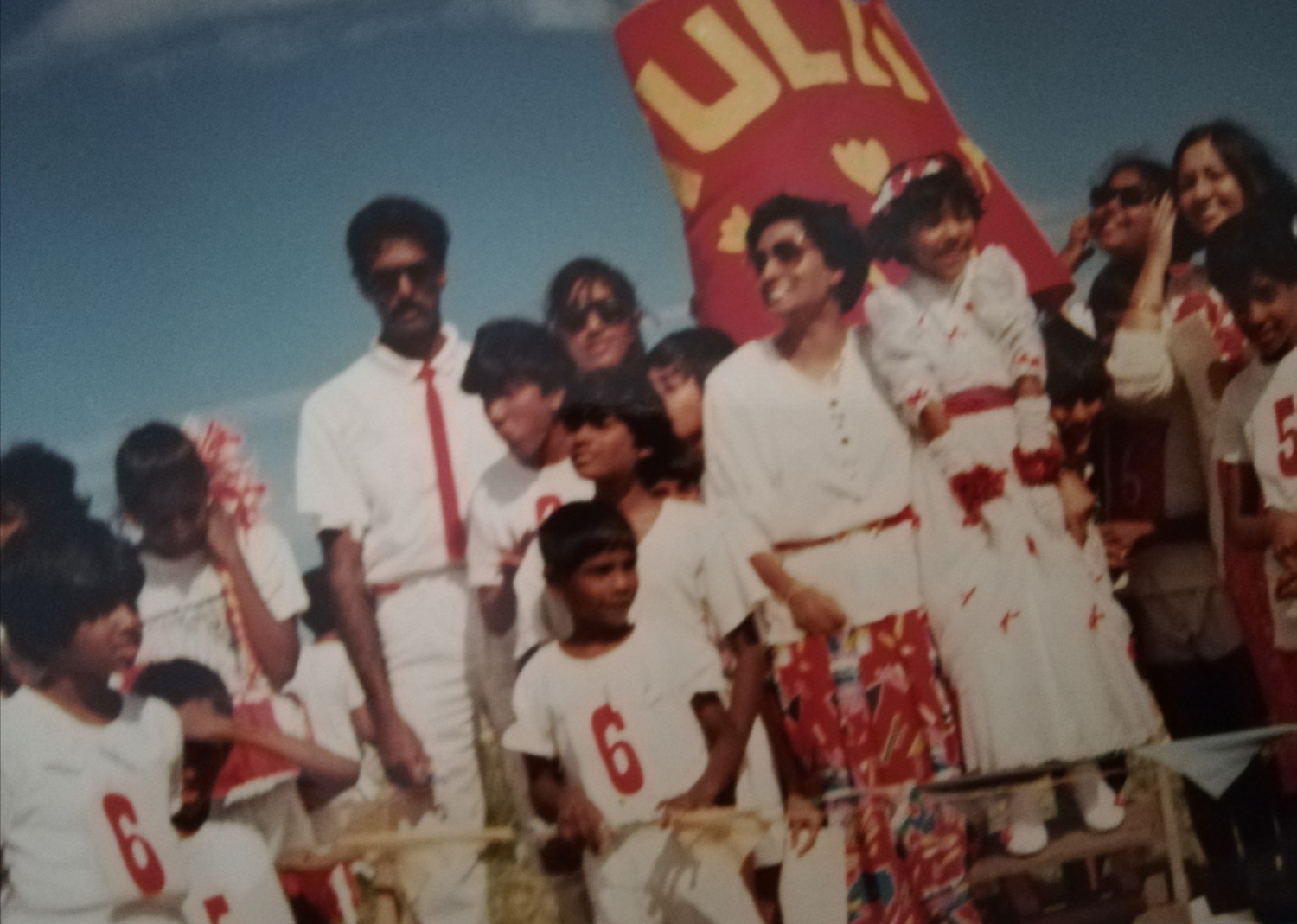 Trust the LPG’s (Lotus Park Gangsters) to get upset about me excluding them from my ‘Spingo blog.  Well, I hope this makes up for it. For you, Desan, thanks for setting me straight and reminding me to write about Lotus Park as well.

When I think about Lotus Park, I immediately want to tell the story about how a dead body was found in our school’s swimming pool. There’s so many juicy bits in that one sentence alone, I’m not sure what’s more shocking – that my school had a swimming pool or that there was a dead body in it. That I can’t remember whether the story about the dead body is true or not does nothing to dampen my enthusiasm about the story either. But I guess that would be far from starting the story at the beginning, so perhaps some context would go a long way here.

While it wasn’t often that the pool contained a dead body, just the fact that my primary school, Kamalinee Primary, had a swimming pool was something to behold. For a substantial part of my primary school years, the apartheid was well and truly underway, and although me schooling in an Indian area would mean that we had access to basics like furniture and toilets, it was something else that we had both an impressive library and a swimming pool. Now a charou that can, and likes to read is not uncommon, but a charou that swims, well let’s just say that’s an exception. Sure, we’d lug a pot of breyani to the beach and walk on the sand wearing our jeans, a few daring ones might brave the shallows but by and large, swimmers we were not. Please read that last bit with an undertone of smugness, my family is a family of very proud swimmers. The idea of pool in an Indian school was both mesmerising and impossibly posh, I felt posh going to Kamalinee because of that pool alone. Of course, what wasn’t that posh was that many of the students who came to my school faced the dehumanising effects of poverty daily and as much as I loved that pool, I always thought it was a bit unnecessary in the great scheme of things. Something that the teachers organised at the school that I loved though, was a feeding scheme of sorts where potato sandwiches would be made and wrapped in paper and placed outside the library for anyone to collect so they could have something for lunch. Now, being a kid, there was nothing worse than a potato sandwich for lunch and my mother somehow thought that I had the appetite of a rugby player so my lunch pack consisted of four slices of bread, chips, a chocolate and a juice box (yes for a six year old). Needless to say there was absolutely no reason for me to take one of those wrapped potato sandwiches when they presented themselves. And of course, that’s exactly why I did. Flip, that sandwich was probably the best potato sandwich I’ve ever eaten, nothing like an illicit meal to make you appreciate the simple things in life. It probably was not worth the lashing I got from my mother afterwards and the years of guilt I’ve carried with me but, no one said I was a smart child (although it does seem apparent that I was a hungry one).

I suppose there were loads of things we weren’t good at at Kamalinee Primary, but it amused me to no end that our school did not churn out an abundance strong swimmers. Wait, scratch that, some of the “swimmers” we churned out where the kind that needed to be rescued whenever they ventured into the deep end of the pool. Our pool was only a meter deep so that meant one could easily get away with being a “swimmer” by walking through the water and throwing your arms about. You weren’t fast but you sure didn’t drown. I wonder if that’s why the pool was prime ground for the storage of a dead body. It’s quite clever really, it sort of reminds me of all the Indian aunties who never turn on their ovens, choosing instead to use it as cupboard space. I mean whoever chucked that body in the pool probably thought “this is a good use for this space” and did it to save us the embarrassment of having to be rescued during inter-school swimming galas. It is also possible that the dead body in the pool story was made up one winter when the pool turned a decidedly unappealing shade of pond scum green, and if it is, well that just goes to show that we could use a pool to spark our imaginations if not better our swimming abilities. Kudos to the Kamalinee Primary students on that one, perhaps we were better than we realised at certain things.

It’s hard for me to think of Lotus Park and not think of my school, a school that I’m convinced was one of the best in that area. I loved that school. Sure it was the place where my sister started to disown me (imagine being violently shook by the shoulders and a threatening voice saying “Don’t call me Akka”) but at least I would be able to convince my mother to buy Asterix comics for the school library, something I’m convinced is one of the biggest accomplishments in my life. I am biased to say that we had incredible teachers (my mother was one of them, and yes, I’m still working through it with my therapist) and that they always seemed to want the best for us, they pushed us, they shouted at us but most importantly, they created a foundation like no other. You’ll also understand that I say, with complete love in my heart, that I think they were a bunch of sadists. Hear me out, here. I mean I just took a look at my primary school concert pictures and remembered the sheer horror of those strangely choreographed dances, the costumes that didn’t fit the way they were supposed to, and worse still, the ones that fell apart in public. Why was it that most of our pageant/concert clothes were put together by nothing more than safety pins and hope? Remember the duck dance of ’90? Of course, we were cute in our yellow crepe paper outfits and we had a little hip shaking dance to go with it, but let’s just take a step back and examine the mechanics of the thing. Crepe paper on a good day is only slightly more substantial than a politician’s promise in election year, but couple that with a windy day, squirming children and you’ve got outfits that are able to spontaneously destruct. Thank goodness none of us had boobies then, and that that number saw the great crepe paper ban.  I honestly think that whenever there was an opportunity to dress us up oddly, the teachers would jump to it, be it at concerts, school sports or at the min debs ball. Okay, that last one was totally on my mother, apparently she thought it was in fashion to dress your kid like the bride of Frankenstein.

Dead bodies in swimming pools, stolen potato sandwiches and clothing malfunctions aside, Lotus Park is also a place that reminds me of my late uncle, Juggie. It’s where he lived the last few years of his short life and when I think that I am older now than he ever was, it’s hard not to get emotional. Both Juggie and Lotus Park were a huge part of my childhood and sometimes when I think of my uncle, I’d like to think he would have grown old in that house in Lotus Park. That house where we would run around the living room singing “Beans kota sapa dingo”, where I learnt the reason why “stinkbombs” where named as such, and where I have the dent in my right shin from. My uncle wasn’t the youngest of his siblings but his crazy personality, his enthusiasm for life and that he could always get others (read his nieces and nephews) to do his chores for him, made me feel like he was. Maybe a part of my uncle will always be in Lotus Park, maybe it’s with that small part of me that was a child there.